On Hurting and Healing: Northern Piedmont’s Roll of Love and Remembrance 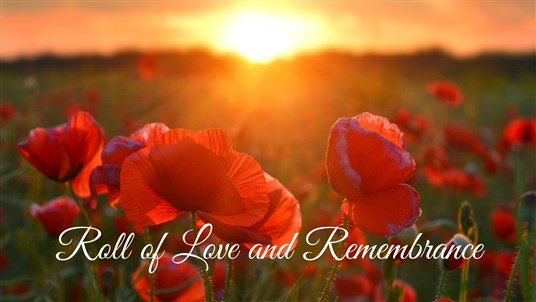 On Hurting and Healing:
Northern Piedmont’s Roll of Love and Remembrance

Let the little children come to me; do not stop them,
for it is to such as these that the kingdom of God belongs.
-Mark 10:14b

I recently had the joy of spending a Sunday in one of our missional networks. The morning was devoted to the celebration of children, and the afternoon was devoted to God’s gift of healing. I found myself drawing a relationship between the two. In the church we teach children that Jesus loves them and that God is trustworthy: “Jesus loves me, this I know; for the Bible tells me so.”  We ask them to take this information at face value, internalize it, and use it as a filter for appropriating all of life’s experiences. Each time we counsel them, we remind them of their belovedness and that it is based upon scriptural truths.

As children grow, hurts happen. One of the most wonderful thing about children is that they can tell you when they are hurting. “It hurts!” It is a truly a kingdom principle to be able to name when we are hurt. In the same manner, children can tell us when they are healing. “I’m feeling better today! Can we go …?” These are some of the skills I think we should all take into Christian adulthood – the ability to name when we are hurt, and the ability to name when we are feeling better. A childlike faith, as the pastor said that Sunday, is “always open to revelation.” It can name both pain and relief, both hurt and healing.

It will be a long while before we can all collectively  say “I am feeling better today!” about the COVID-19 crisis. In addition to pandemic, it also heightened the symptoms of deeply held national division. The virus mutated into a political crisis. In my opinion, this has made some of our losses even more tragic.

You have been courageously “childlike” in sharing your losses with us, in sharing the truth that “it hurts” a lot right now to lose those we have loved and respected. For some, the losses were from the virus itself; for others, they were losses experienced in isolation, without the gestures that so often make them bearable.

Our District grieves with you right now, and we stand beside you in your losses. We thank you for naming 164 persons who have mattered very much to you. Each of them was a beloved child of God, invited to the eternal joy of resurrection life beyond the pain and struggle experienced here during this hard season. They are missed, and they will continue to be missed. To honor their memories, our District is making a $1,640 gift to UMCOR, the United Methodist Committee on Relief. We will designate our gift to support Global Ministries and UMCOR’s COVID-19 Response Efforts Around the World. (Advance Offering #3022612)

I invite you to reflect on this list, to pray for the families and the churches that are connected to these beloved children of God. Thank you for letting us be involved in their stories, and in your hurting and healing during this very difficult time.

Roll of Love and Remembrance