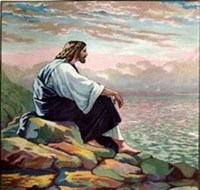 Quiet Wednesday…that is what some Biblical scholars refer to the Wednesday of Holy week.  We are quite familiar with Jesus’ activities beginning on Palm Sunday with His triumphant entry into Jerusalem but then our focus seems to jump over to Thursday where He joins his disciples for His last supper. We are painfully taken with Him to the cruel cross on Friday and finally to the glorious Sonrise on Sunday.  But what occurred on those days between Palm Sunday and Maundy Thursday, especially the mid-week day, Wednesday, of this tumultuous week? According to some Biblical scholars, He cleared the Temple on Monday.

The morning following Palm Sunday, Jesus returned with His disciples to Jerusalem. Along the way, He cursed a fig tree because it had failed to bear fruit. When Jesus arrived at the Temple, He found the courts full of corrupt money changers which angered Him greatly. So, He began overturning their tables and clearing the Temple, saying, "The Scriptures declare, 'My Temple will be a house of prayer,' but you have turned it into a den of thieves" (Luke 19:46).

On Monday evening, Jesus stayed in Bethany again, probably in the home of his friends, Mary, Martha, and Lazarus.   Monday's events are recorded in Matthew 21:12–22, Mark 11:15–19, Luke 19:45-48, and John 2:13-17.
On Tuesday, Jesus visits the Mount of Olives. As Jesus and His disciples returned to Jerusalem, they passed the withered fig tree on their way, and Jesus spoke to His disciples about the importance of faith.  Back at the Temple, religious leaders, upset with Jesus for establishing himself as a spiritual authority, organized an ambush with the intent to place Him under arrest. But Jesus eluded their traps and pronounced harsh judgment on them, saying:

"Blind guides!...For you are like whitewashed tombs—beautiful on the outside but filled on the inside with dead people's bones and all sorts of impurity. Outwardly you look like righteous people, but inwardly your hearts are filled with hypocrisy and lawlessness...Snakes! Sons of vipers! How will you escape the judgment of hell?" (Matthew 23:24-33)

Later that afternoon, Jesus left the city and went with His disciples to the Mount of Olives, where Jesus gave the Olivet Discourse, an intricate prophecy about the destruction of Jerusalem and the end of the time. He expresses this discourse, as usual, in parables, using symbolic language about the end times events, including His Second Coming and the final judgment. Scripture indicates that this Tuesday was also the day Judas Iscariot negotiated with the Sanhedrin, the rabbinical court of ancient Israel, to betray Jesus (Matthew 26:14-16).

After an exhausting day of confrontations and taking this last opportunity to preach and teach warnings about the future to the crowds and in the Synagogue, once again, Jesus and the disciples returned to Bethany to stay the night. 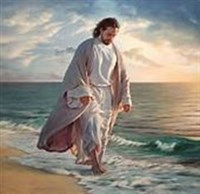 Then comes Holy Wednesday.  According to some scholars, the Bible doesn't say what the Lord did on the Wednesday of Passion Week but speculates that after two exhausting days in Jerusalem, Jesus and His disciples spent this day resting in Bethany in anticipation of Passover.
Maybe He went fishing…or hiked the beloved hills of Bethany…maybe He took a swim, enjoying the very creation He created one last time as human…or maybe He lamented over not succeeding in saving all mankind during His time among us…or maybe He spent the day with His cherished mother, Mary, as they both recognized the similarity of His birth and death in that they began and ended this journey together, pondering these glorious yet grievous mysteries in their hearts.

What comforts and fills my heart to overflowing, though, is that on this Quiet Holy Wednesday, He thought of me…and that the road to Calvary was worth it.

In deep quiet, gratitude, thank you Jesus.  What a Savior…my Savior,