Another Road: A Season of Epiphany in the USA 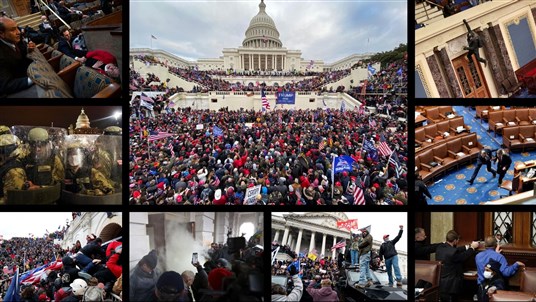 Another Road: A Season of Epiphany in the USA

And having been warned in a dream not to return to Herod,
they left for their own country by another road.
~Matthew 2:12 (NRSV)

I have preached MANY Epiphany sermons emphasizing themes of “another way”, “another road”, or “another route.” Epiphany, a word of Greek origin, literally means “a moment of sudden and great revelation or realization.” I’m very high on being moved by revelation, and even higher on God’s people being transformed by the holy moments of worship. Matthew 2:10 poignantly reminds us that when the wise men “saw that the star had stopped, they were overwhelmed with joy.” That was only the beginning of their Epiphany. It continued with heartfelt worship and the giving of valuable gifts. It was a sustained epiphany, as they went home changed.

On the Twelfth Day of Christmas, I usually attempt to impart a new rule of life to my parishioners, jump-started by the life-changing experience of worshipping the King of kings. Like the Magi, we can be moved so much by Jesus that it alters our trajectory forever.  When the Magi back up and reverse their paths, they do not return to Herod to make a report. They make their way back to Persia “by another route.” Those ancient astronomers chose a new Star to follow, a transformed method of navigation.

On this day after Epiphany, in 2021, the United States searches for its new “road.” We had our very own moment of revelation and realization on January 6. A few may be satisfied after the violence at the US Capitol; most are stricken. Even within our own dear churches, we find differing views of the American divide. I understand that. I grew up in a household that was completely unafraid to bring politics to the dinner table, to the ride home from church, and anywhere else where two or three might gather to banter. So I have already been preveniently blessed with tolerance for (and expectation of) all viewpoints.

Early last evening, as the Capitol building bore the heartbreaking damage of angry and divided hearts, I was on Zoom, sharing sacred space with a dear church struggling with financial and facility concerns, completely committed to prayers about its next steps. I was privileged to be of use to those leaders as a guide and comfort. I wanted nothing more than to focus on them, to encourage them, and to pray with them. I appreciated the holiness of our visit, as we prayed together for our nation, but remained attentive to the close Kingdom needs of a small town within the Northern Piedmont District. We worshipped the newborn King during that meeting, and we vowed to search for a new road to follow that would honor him. As church leaders, even in the midst of national struggle, they remained intentionally attentive to their higher calling.

As we make our own decisions about the roads we will travel this year, I ask you to remain attentive to your higher calling. Your higher calling is the art of prayerful living and becoming the man or woman of peace in every setting in which you find yourself.  Some will keep going down the same old roads, hallowing the same old powers. But we don’t have to do that. I sense many of us may choose to see what has been revealed, and having seen it, will choose “a new road” and commit to a new rule of life.

The neat thing about an epiphany is that it is personal. Everyone has the “aha” moment at different times. My prayer for you is that you see what God wants you to see, in whatever methods God uses to present them to you. God often uses human events to bring us epiphanies of light and life, and they become part of our faith stories.

As we walk together as a witnessing church in this season of Epiphany in the USA, I will pray for your journey. Your road was constructed by myriad opinions and years of influences, just like mine. We occasionally need a Star to redirect us to a better path. Let us travel as the wise men did, not following power … but following Power.  And changed forever.

Blessings for the Road,