Dancing in the Light 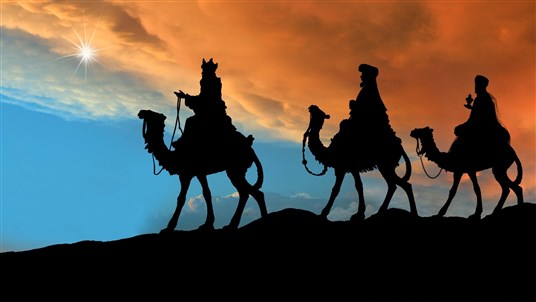 An illuminating discovery, realization, or disclosure is the definition of epiphany…the iconic light bulb going off over your head!  Christians celebrate Epiphany on January 6, which is 12 days after Christmas, marking the end of the Christmas season while noting the beginning of the Carnival season, Mardi Gras.  It is the celebration of the visit of the Magi, or the Wise Men, to the Christ Child, announcing Jesus' physical manifestation to the Gentiles. That’s a definite bright light bulb going off over our heads, and planted in our hearts, that Jesus came to earth for us all to be saved!

The wise men followed the star searching for the new King of the Jews. They brought gifts of gold, frankincense, and myrrh…odd gifts for a newborn.  But they were seeking a King, not THE King, so their gifts seemed practical and worthy although diapers and onesies would have been gifts Mary might have had in mind.  Scripture tells us that after they found Jesus, they departed for their own country.  How, and if, they shared this epiphany they had personally experienced we are not told.  They followed The Light, they found The Light, but did they become A Light to exemplify Jesus’ love to others?

Epiphany, an illuminating discovery…do I illuminate for Christ?

Howard Thurman (November 18, 1899 – April 10, 1981) was an influential African American author, philosopher, theologian, educator and civil rights leader who penned this heart provoking poem that I have come to deeply appreciate and strive to practice daily:

The Work of Christmas

When the Song of the Angels Is Stilled
When the star in the sky is gone,
When the kings and the princes are home,
When the shepherds are back with their flocks,
The work of Christmas begins:
To find the lost,
To heal the broken,
To feed the hungry,
To release the prisoner,
To rebuild the nations,
To bring peace among people,
To make music in the heart.

Make music, illuminate, attract people into His Light, my beloved church, as the work of Christmas and Epiphany begins.

Dancing in The Light,